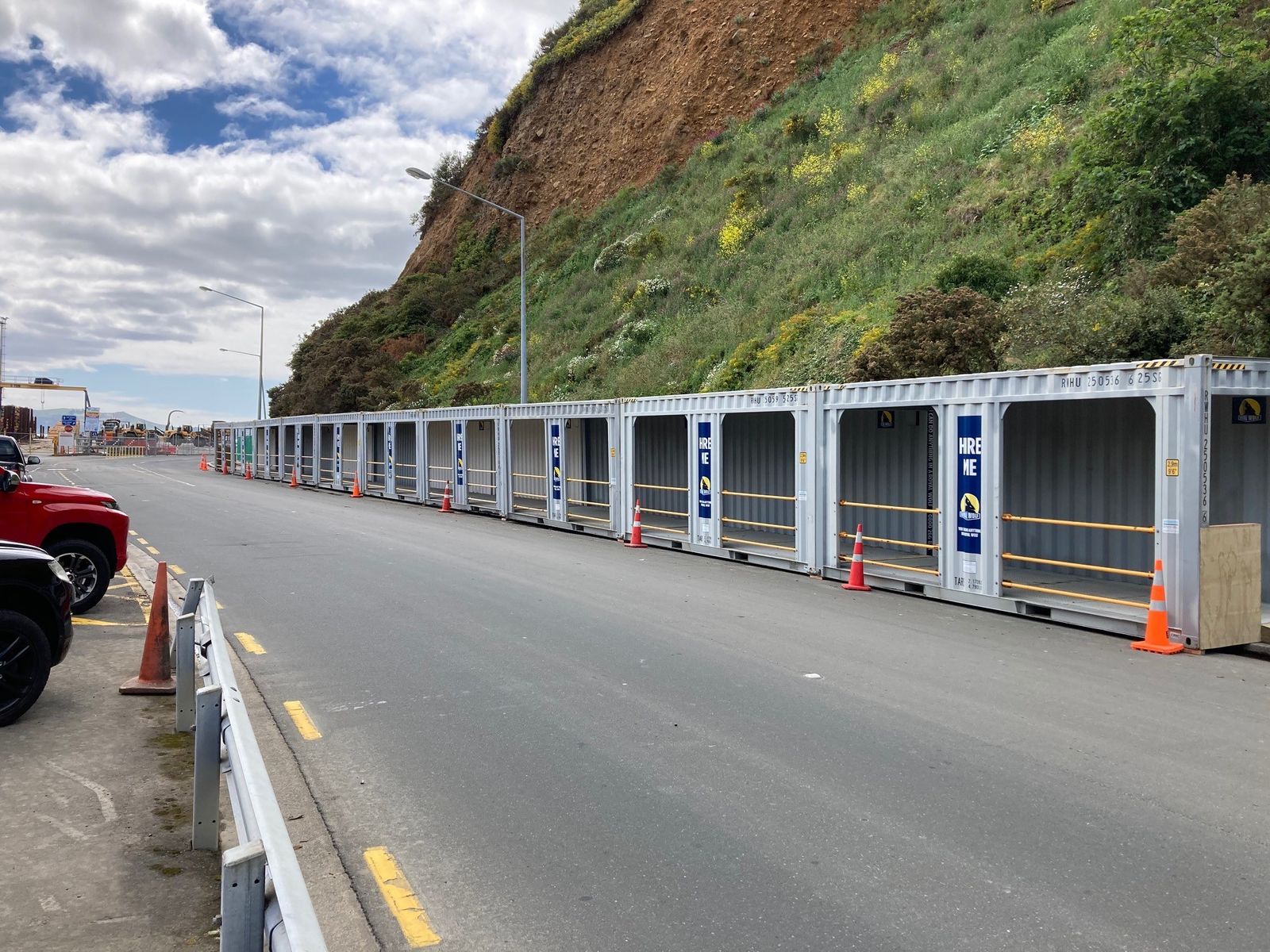 Located in the small, picturesque seaside town of Port Chalmers, Port Otago is a busy business servicing the local region and lower part of the South Island.

With a steep hillside on the move near the entrance to the port, landslip work to secure the hill needed to commence sooner than expected as falling debris was becoming hazardous for the public.

Port Otago reached out to Royal Wolf to provide a solution to ensure members of the public and port workers were kept safe as work to stabilise the hill side takes place over a number of months. 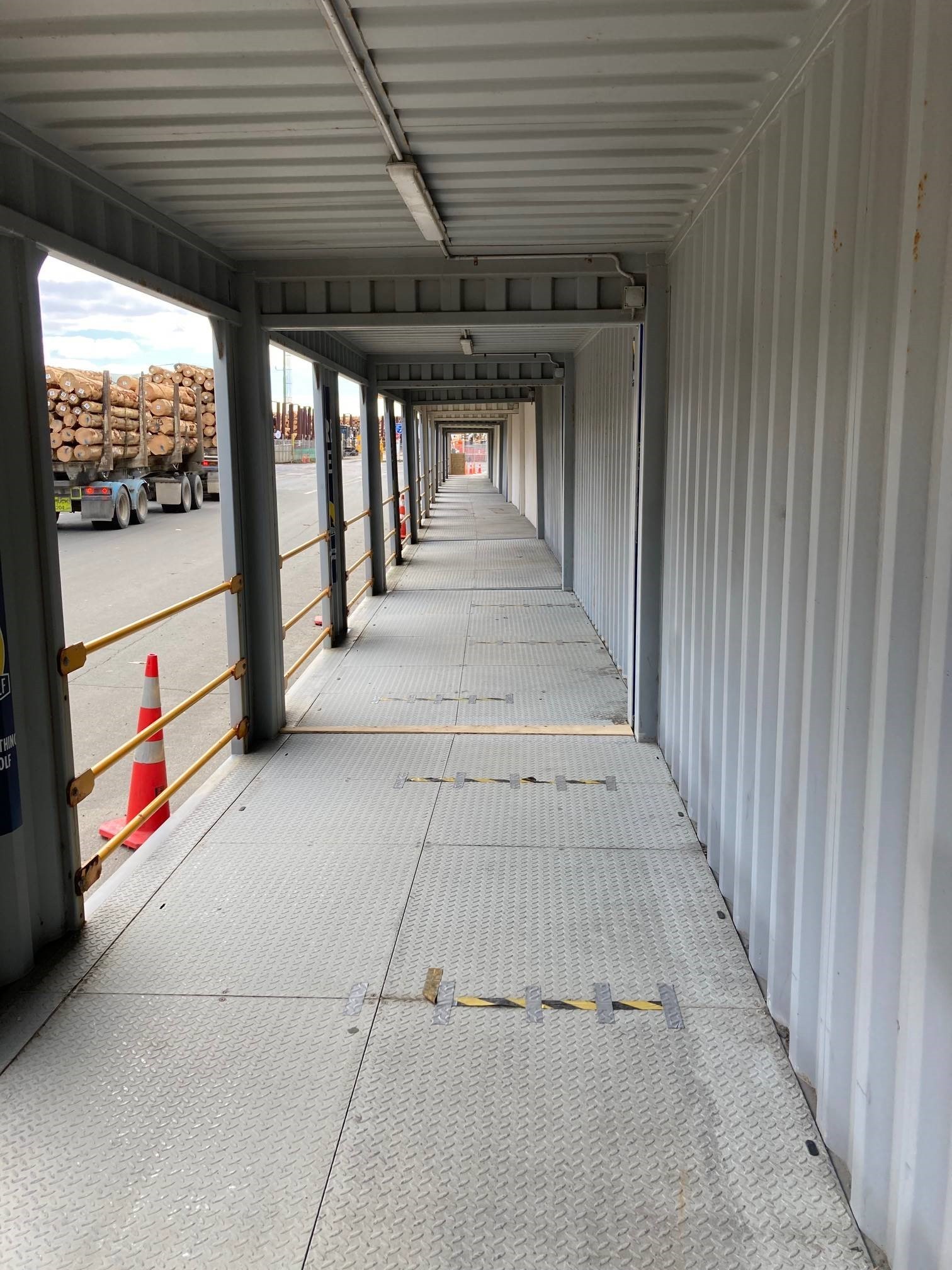 Landslips, whether moving slowly or quickly, can cause major disruption on railways, roads and other infrastructure if not dealt with efficiently.

Royal Wolf’s temporary solution needed to be a stable and solid structure which ensured pedestrians were safe to move around the site and traffic was not disrupted.

Within a week of being contacted the Dunedin team had set up a 10-unit pedestrian hoarding at the base of the hill to ensure safe passage for both people and vehicles.

As well as stopping falling debris, the container hoardings provide a solid barrier to allow work to stabilise the hillside to carry on uninterrupted over the following months.

Royal Wolf’s container hoardings are used extensively on construction sites, in hazardous areas, and where superior overhead protection and safe access is needed.

Put simply, and as is the case in Port Chalmers, hoardings create a highly efficient worksite with footpaths and roadways not having to be closed and workers being able to get on and do their jobs without disruption. 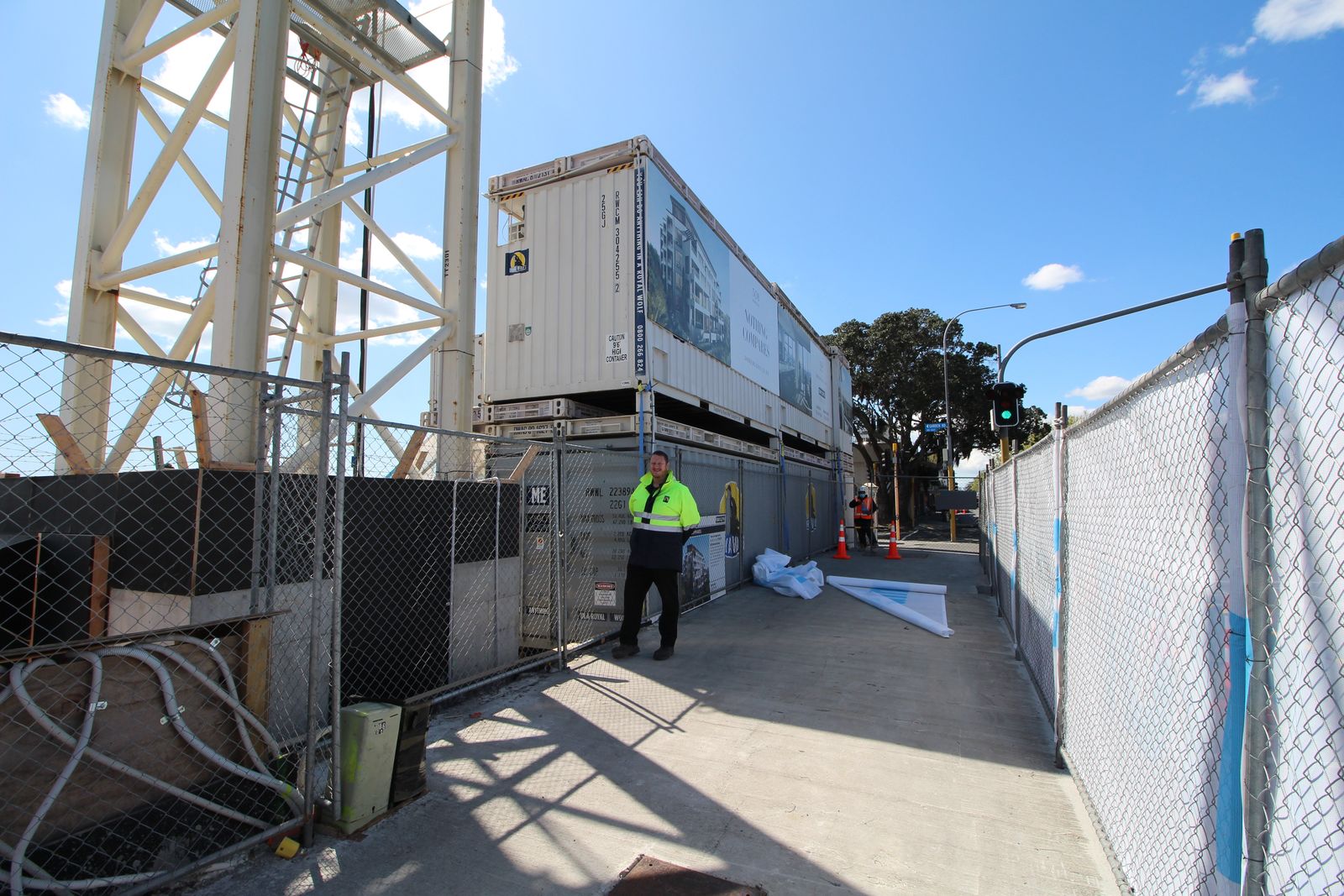